PROBLEM/PURPOSE:  What do you think will happen to gummy bear when you put it in water overnight?

If I put a gummy bear in water overnight it will consume some of the water and it will become bigger. 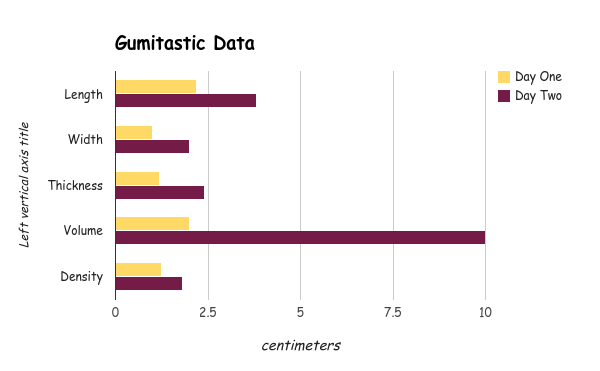 From this experiment the results had supported my hypothesis, which was that if the gummy bear stayed into the water overnight the gummy bear would absorb the water making the mass of the gummy bear much bigger. If we have left the gummy bear in the water for too long it could have fallen apart before getting the results, but when we left in it for only one day we prevented the likeness of that happening. This investigation was good because now I know how to to conduct an investigation, and gather research to see if your conclusion matches your hypothesis. One that I wonder that I wish that we would’ve done in class is that I could let another gummy bear sit in a different substance over night to see if it would absorb anything other then water.